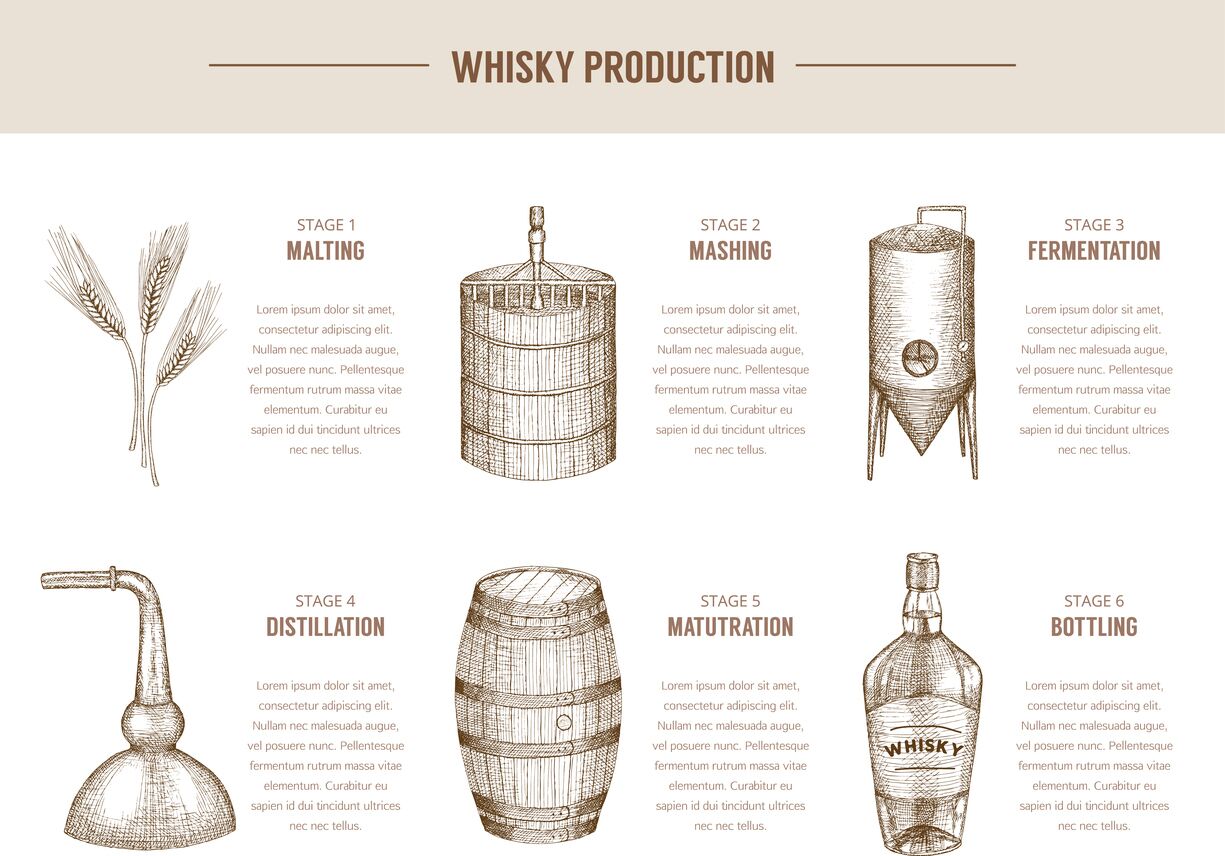 Many moons ago, I remember standing at the back of a Johnnie Walker Whisky tasting session in Harrods wine department. Believe it or not this tasting, like most of the other staff tastings we organised at Harrods, took place between 9-10am in the morning (before the store opened). This often meant that (despite our best efforts) we were slightly steaming when the store opened, never the best state in which to look after the Harrods Gold Card customers…

During the tasting, the brand ambassador for Johnnie Walker made reference to one of his Whisky samples and (quite grandly) referred to it as a “battered malt” – at least this is what I thought he said. Being quite green at the time, I asked the wine and spirits buyer (standing next to me) what a battered malt was. Cue much laughter and ridicule – “Battered Malt” was in fact “Vatted Malt” – a style of Whisky that contains a number of different Single Malt Whiskies (and does not contain any Grain Whiskies).

I thought at the time that the Scotch Whisky industry should probably win an award for arcane lexicon, but this was probably just my pride. The main categories of Whisky are important to know, as through them, you have the beginnings of a tasting roadmap to this most particular of drinks.

Thirdly (and by the by there is no hierarchy here) you have your Blended Scotch Whisky, which is a blend of Malt and Grain Scotch Whiskies. Johnnie Walker are famous for their range of (predominantly) blended Whiskies. Contrary to popular belief these are not inherently inferior Whiskies (the price of Johnnie Walker Blue Label will make your eyes water, if the drink doesn’t), they’re just, well, different. Like Single Malts Blended Scotch Whiskies vary hugely in style.

Fourthly (stay with me) you have Blended Malt Scotch Whisky, a blend of Single Malt Scotch Whiskies, which have been produced at more than one distillery. The observant amongst you will realise that this and Vatted Malt are in fact one and the same. Johnnie Walker Green label is a well known Vatted Malt. Vatted Malts have also (perhaps confusingly) been called Pure Malts in the past. In Whisky tastings , we must admit we’ve never noticied characteristics that identify this as a type per se.

Lastly, and not least, there is Blended Grain Scotch Whisky, a blend of Single Grain Scotch Whiskies which have been distilled at more than one distillery. Ballantine’s Vitality (made mostly for the Far East) is a good example of this style.

From November 2011, every bottle of Scotch Whisky sold must display one of the above categories prominently on their label.

Anything that provides useful substantive information to consumers is, in our book, a Good Idea. The other key of course is to remember (and subscribe to your heart if you are really interested in Whisky) Scotland’s distinctive regional styles (Highlands, Islay, Cambeltown etc). For an understanding of this, we can do no better than recommending our Whisky tasting event, Whisky Explorer.