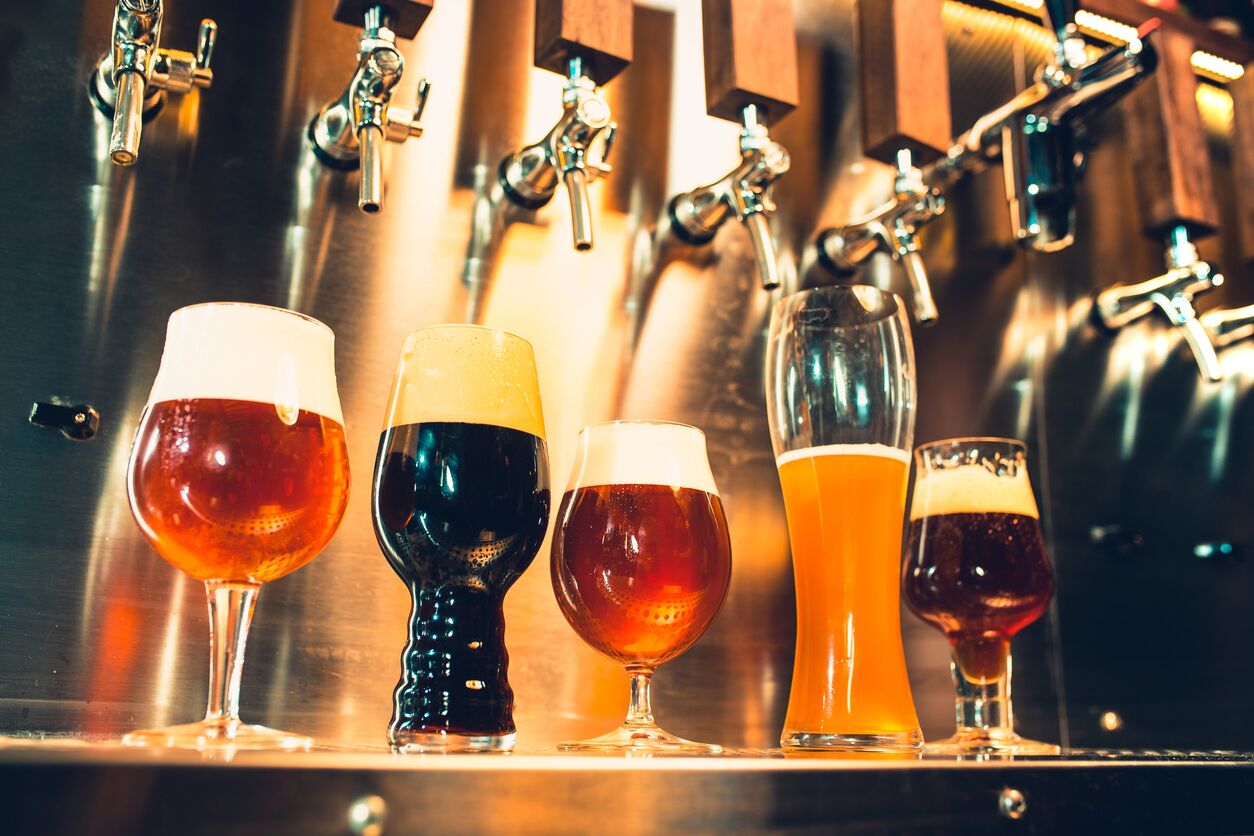 Well we’re not the first to say it – the craft brewing scene has exploded, not just in the UK but globally. In the USA alone, the craft brewing revolution has seen an increase from under 100 to over 1,500 breweries in the last 30 years. Not interested in interesting beer? Think again my friends.

One of the things we enjoy doing most is assembling tasting ranges. Putting together beer selections for our beer tasting events has, over recent years, taught us that beer is as capable in showing great breadth of flavour and style as wine.

Beer is (generally) the product of 4 things – yeast, cereal, water and hops. These four ingredients mean the brewer (arguably) has more ability to manipulate flavour than the humble winemaker. The winemaker may choose the grapes he wants to grow, and (to a certain extent) the land he wants to grow them on (and when/how he picks, how he matures the wine etc), but in brewing the permutations seem to be truly endless.

Consider this. Your cereal in beer making can be barley, wheat, rice, even maize. If you opt for barley, you’ve got a host of choices (where you get it from, whether it’s winter or summer, whether you opt for two row barley or more).

Cereals aside, the water you use as a brewer can be hard or soft, your hops can be any one of a number of types (from the Hogwartish sounding fuggles, to the spicy Saaz of Pilsner fame), and your yeast, well there are hundreds of strains of beer yeast strains, which are neatly divided into the top fermenting or bottom fermenting camps.

Endless options notwithstanding, what does each element actually give to the beer? At the crudest level, hops give bitterness (and amongst other things they also clarify the brew), cereal gives flavour (and often body), yeast a suggestion of sourness and water type gives texture.

The styles themselves are expansive. In fruit beer alone you can get raspberry, cherry, strawberry, even grapefruit. The alcohol levels can vary from 4ish% to 19-20%+ for Barley wine, and the lower end of the scale doesn’t even include the alcohol free versions.

The supermarkets, often pilloried by wine critics for their brand led approach, have by and large done a great job in the beer category, with the major retailers stocking 100+ beers, from producing countries as diverse as Poland, Scotland, Jamaica, through to the more usual suspects – Belgium, France, Italy and the UK.

There’s never been greater choice, but we need to remain adventurous as consumers. If we stop experimenting, the buyers will stop buying. Roll on the beer revolution.